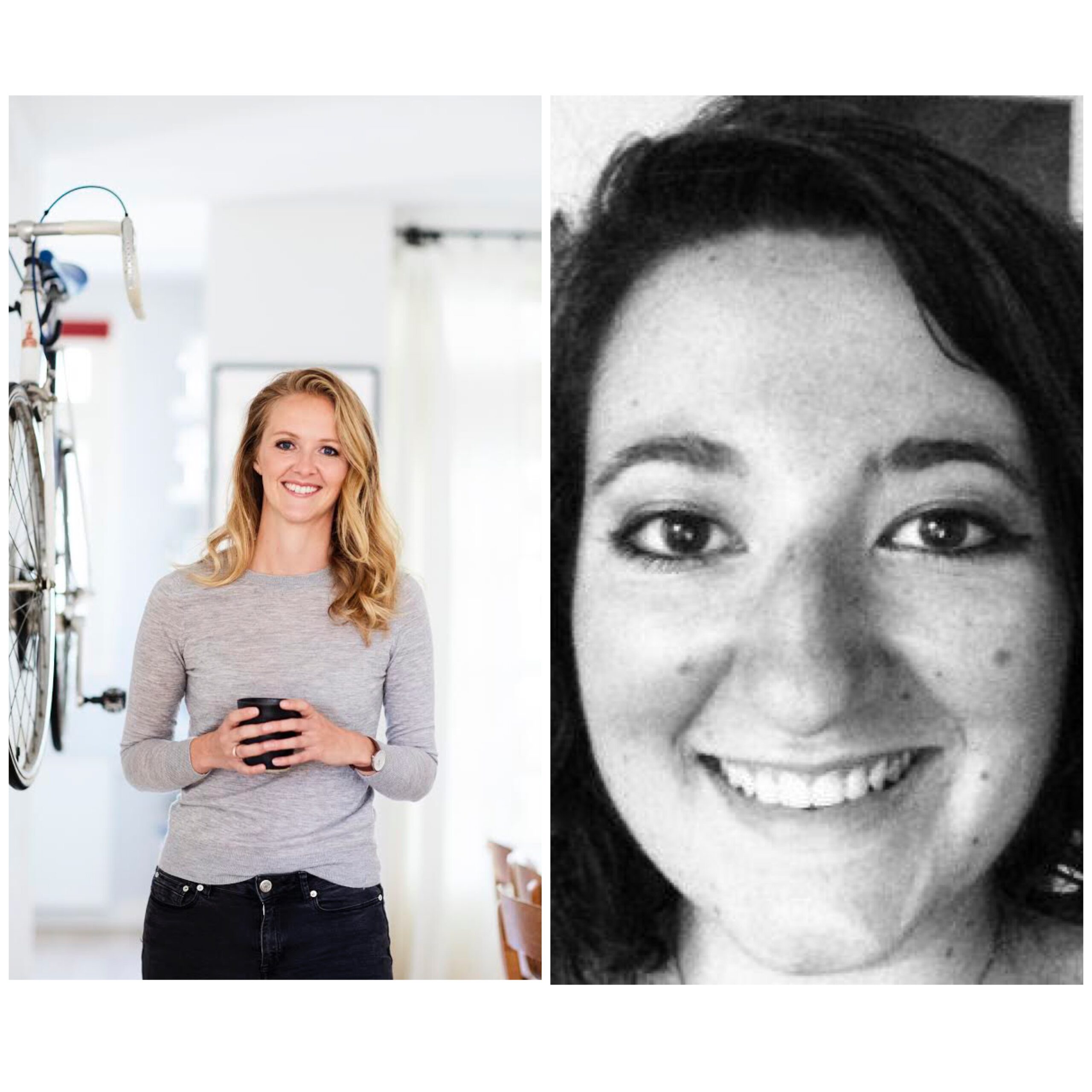 By Azaina Shaikh and Paola Hasbun

Q: Tell us a bit about how you got into Tech, and your personal trajectory?

LH: For me, working in Tech was a means to an end. I saw a problem – a lack of information and awareness about the climate impact of food – and looked for ways (business models) to solve this.

The solution and business model that suited me best was a ‘tech’ one. This could partly be a coincidence as many of the other options were not techy at all, but in part, I think it was also because of the potential of scaling impact and the excitement of trying something in a new area.

FSC:  I actually went into law first – via the most traditional vanilla route. I studied law at Oxford, spent all three weeks on a vac scheme at a law firm, and decided RESOLUTELY that I was not too fond of law.

Thankfully I paid for my own education, so I didn’t have to justify all that wasted cost to my parents, or this would be another story… I only got into technology when I moved to the Netherlands and began working on the Rechtwijzer project at HiiL.

The project was one of the first to digitize a civil procedure fully (in this case, divorce) to reduce cost, and conflict and produce better outcomes for all parties involved, including the children. The project itself was successful, but the funding/finance structure wasn’t, so ultimately, the project fell by the wayside. However, it sparked my interest in technology and how we can use it to improve legal outcomes and access justice for people globally. It even pushed me (an AVOWED social sciences girl) to learn how to code in Python. So clearly, I’ve assimilated fully into the tech world.

Q: As a woman in Tech, do you think Silicon Valley is overrated and/or should be abolished? (Please motivate)

LH: I think there are tech hubs all over the world, and Silicon Valley is one of them. Just like for some other industries, you will always have clusters. Does this mean the clusters are holy? No.

FSC: I want to confess. I did start reading this article with my hackles up. I thought it was trying to lump all technology into this wasteful box, making the rich richer. Ultimately, technology is a tool. I have been lucky to see some incredible innovations around technology and justice. I have been particularly impressed with how huge their impact can be in countries where the justice gap is considerably wider than it is here in Europe.

Seeing the difference that projects like M-Haki (a text message-based legal service for those in townships in Kenya) or SEMA (citizen feedback-guided service delivery improvements in Uganda) can make is clear evidence that technology has the power to drive positive change. However, the longer I read the article, the more it picks apart the distinction between tech the tool and tech the nebulous beast that Silicon Valley has come to represent.

To a certain extent, I believe the negative influence that Silicon Valley exerts is tied to another problem pervading the modern world. Large tech companies have become so dominant within their markets that they are no longer beholden to anyone but shareholders. Their businesses exist too, as the article states, to make money. Their products may improve users’ things, but they are designed to extract cash for services whether or not those services are harmful to their users. Worse yet, the lack of fair market competition means they suffer relatively few consequences when their products are unequivocally shown to cause harm. We’re looking at you on social media.

Products and services have grown faster than the controls designed to keep more vulnerable users safe. This is no new phenomenon – gun control laws arrived after the weapon. Not before. However, Silicon Valley is pushing us to ignore the need for regulation because they are a private company providing a private service. Anyone in the world accesses that service. Is this really a fair argument?

Without a doubt, this bizarre push for self-determinacy by large silicon valley tech, and at the same time stating that their status as private entities means they should originally have little governmental regulation, is absurd. You can’t be both—a market setter and also just a small private business. I have gone off on a huge tangent. Let me return to the original statement. Yes. I think Silicon Valley should be abolished. But not technology. The difference is this. Any market where competition is all but removed (by corporate buyouts or other price-fixing strategies that continue unchecked) is an undesirable place for society and employees.

Tech is designed to be agile, solve problems, and automate unnecessary work. However, in larger institutions, we lose much of the innovation-based work; we slim down products and services to appeal to the lowest common denominator (rather than working for the whole range of needs and abilities in the world), save on cost, and make more profit. In turn, as the author states, this creates a working environment that will not appeal to anyone trying to improve the world. Worse yet, it produces behemoths who profit without a sniff of consequences when their products are used for violence, intimidation, racism or any other number of awful things. Silicon Valley is an exercise in unchecked power. For that reason, it cannot hope to look after its users.

Q: Should women be convinced from a young age that they belong in Tech?

LH: Women should be convinced that they belong anywhere where they want to be from a young age. Whether in tech, arts, science, at home, HR, schools, or board rooms.

FSC: I think the wording of this is wrong. For me, Technology is not in and of itself anything. It is a tool. It has produced a whole industry around itself, but fundamentally if we see it more as a tool (and teach it as such), we can reduce many barriers to entry that currently exist. To make a comparison – it would be like asking whether we should convince women that they should write. Writing is a way of achieving things. It is essential. It is a tool that everyone should have in their work belt. Tech is the same. One of the most eye-opening things for me about entering tech is how many ways I can use it to improve my work, even when I’m not working on a tech product. I create bots to remind people about Slack channels when I need them to share data/photos or something else. I automate my invoices with tools like zapier – so it automatically sends out an email for every invoice I produce, with the correct details inside. We should be teaching everyone – all children – that technology is a way of automating or innovating how you do things. We should give them the tools they need to understand how to build a process, a virtual machine, or code front-end or back-end things for a website. Then they can use that tool as and where necessary. Suppose they want to use that technology to increase access to justice – great. Suppose they want to use it in STEM fields as a physicist to make data models – awesome. To sum up – Tech is so ubiquitous in our society that I think we have to stop teaching it as if it is a separate subject. It should be part of basic literacy. You learn reading, writing, math, and tech. This gives you the tools you need to express yourself; work; build; to do whatever you want in the modern world. And HELL YEAH, women should be a part of that.

There is a cultural world paradigm shift replacing old systematic gender biases and morals with inclusivity and diversity. Thus also replacing our existing economic system with one that values human life over profit.

Q: As a woman in Tech, how do you think we can collectively advocate this? Besides the general knowledge of: voting in representatives, nominating women in Board Members/Executive positions, etc.

FSC: I’m actually working on a project with the Humanity of Things to do just that. We want to start by changing our accepted definition of literacy to include understanding and using technology. If we change this, then you create a level playing field. Everyone understands that technology is a tool – how it works (and its positives and negatives) and the building blocks of that tool. You teach all children a new curriculum, which includes technology as an essential subject. This should be different from our current teaching of tech. You don’t teach programs – how to use Word or Excel. Instead, you teach how tech works. What is the code? What are the different types? How do databases work? You give kids the tools they need to make their own tech. You teach them to understand how computer intelligence works and that tech exists mostly as automation. Then lets the kids experiment. Let them make a program. Or design something. Or even just host a zoom party with fun backgrounds. But get them to test the tool’s limitations and, where possible, to build those things themselves. 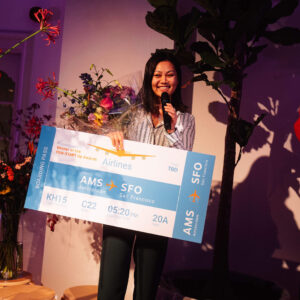 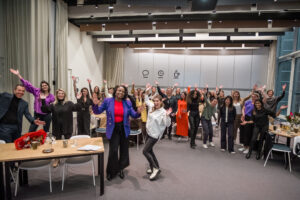 FEM-START Up Awards: Women who dare

By Paola Hasbun Watching women come together with a collective intention is a powerful experience. I went to the FS not knowing what to expect, 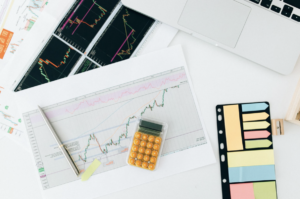 How do you manage a company? Management skills can be defined as specific attributes or skills that executives must have to complete specific tasks in 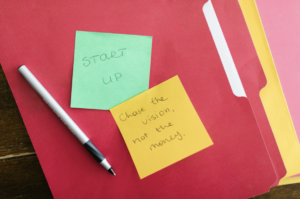 How to attract investment for your company Learn to prepare a good pitch and present your business. The pitch or pitching is a term that

Based in The Hague, the Netherlands
© 2022 FEM-START All rights reserved

Do you have any questions?

Send us an email
info@FEM-START.com